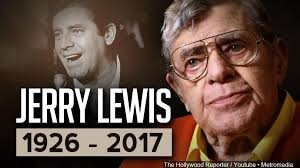 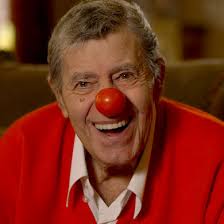 My favorite actor passed away this week. A man who knew how to be funny, be real, and how to totally react and act on-the-spot. Jerry Lewis, who had partnered with Dean Martin back in the 1950s on those famous Colgate Comedy Hour television shows and later in a few picture shows, passed away, leaving a legacy of humor for everyone to follow.
He was and still is quite a staple in my family. You know, kinda like flour is to a kitchen.

The New York Times wrote about his life and experiences.

What was your favorite show of Jerry’s or Dean’s or both, and why? What do you identify most with Jerry, who was always “awfully hungry, Dean.” Not really, but that’s the way they liked to