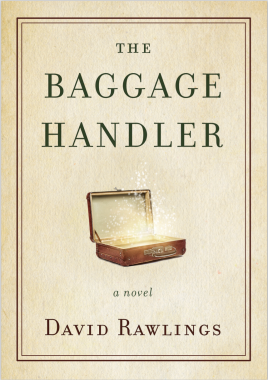 I am very excited to introduce my friend David to you. When I first met David Rawlings, we were at our first ACFW conference. (For my non-writer readers, that’s American Christian Fiction Writers conference held each year – a huge to-do and so fun!)

Well, it was at the end of the day, and a small group of us had gathered for a late-night brainstorming session. The funny part about writers and brainstorming…

We just sat around, staring at each other, nervously smiling, perhaps expecting the other person to jump into the fray. So I did. After I shared my conundrum with my fiction series, David pipes in with stellar suggestions, with me scribbling like there was no tomorrow.

So. Yep. That’s how we met. But here’s what’s really cool about it. We didn’t bump into each other again until after the post-conference session, and David’s friendliness and encouragement was a boost — writers sharpening writers. But honestly, I think that’s just the person David is.

What image was an inspiration for you when writing The Baggage Handler?

The crowds of people that surround baggage carousels in an airport. Each with their own baggage. Literally.

I’ve seen some pretty interesting people in my airline travels, as I’m sure you have. I love that you chose three characters, all from various places in life where most readers can relate. Describe David, Gillian, and Michael each in one word or brief sentence.

Good, so do I. David is a hothead who’d rather be right than happy (and no, he’s not named after me). Gillian lives in the shadow of her sister – that’s why her self-esteem is stunted. Michael is being made to pay for his father’s lack of achievement by being forced to live his father’s dream.

What is your best (or worst) airport experience? Have you every grabbed the wrong suitcase?

Worst experience: I went to Manila in the Philippines and my suitcase didn’t appear on the carousel after my 12-hour flight. I filled in all this paperwork (written in really broken English) then went with our Conference group to the hotel without a change of clothes. My suitcase was delivered to the hotel hours later. It had been opened, everything was soaking wet and there was also an envelope full of US dollars from “the airline” in apology. I still cringe when I wonder what went on with that suitcase.
Best experience: on the way home from Nashville to South Australia in 2016, my Nashville to LA flight was cancelled. Without that flight, I don’t make the flight to Sydney, and I don’t make the flight to Adelaide. God looked after me – I was re-routed through Atlanta and made my connecting flights by 13 minutes, 3 minutes, and 5 minutes respectively. It was my best flight because I figured God was handling it, so I’d enjoy it. And when I arrived at Adelaide Airport, we were even five minutes early.

Hey, that’s after we met – but, wow, what a wild flight ride! Have you ever had the chance to speak with a baggage handler to get his perspective of his job?

No. Although my daughter’s friend at school has a baggage handler father. Nice guy.

Now that would be fun! I bet he had some stories to tell… What do you hope readers will come away with from reading The Baggage Handler?

Thoughts about their own life. We all carry baggage – especially those who deny they’ve got any – and I’d like the story to start a reflection on what that might be. For them to perhaps consider that carrying their baggage may not be what’s best for them.

And I really like that because I get the sense of hope and freedom. For fun, and because your bio just screams it, who is your favorite sports team and why?

Haha, I’m sure! Thanks so much for stopping by today, David, and for sharing your debut novel and a bit of your life with us. I’m getting my copy of The Baggage Handler in the mail very soon, and I cannot, cannot, can not wait to read it!

When three people take the wrong suitcase from baggage claim, their lives change forever. A hothead businessman coming to the city for a showdown meeting to save his job. A mother of three hoping to survive the days at her sister’s house before her niece’s wedding. And a young artist pursuing his father’s dream so he can keep his own alive. When David, Gillian, and Michael each take the wrong suitcases from baggage claim, the airline directs them to retrieve their bags at a mysterious facility in a deserted part of the city. There they meet the enigmatic Baggage Handler, who shows them there is more in their baggage than what they have packed, and carrying it with them is slowing them down in ways they can’t imagine. And they must deal with it before they can leave. In this modern-day parable about the burdens that weigh us down, David Rawlings issues an inspiring invitation to lighten the load.

David Rawlings is an Australian author, and a sports-mad father-of-three who loves humor and a clever turn-of-phrase. Over a 25-year career he has put words on the page to put food on the table, developing from sports journalism and copywriting to corporate communication. Now in fiction, he entices readers to look deeper into life with stories that combine the everyday with a sense of the speculative, addressing the fundamental questions we all face.

Get in Touch with David

Where To Find The Baggage Handler