Skip to content
It’s always fun to dig into the history of the town you’re writing about.

Many famous people grew up in small towns, which is really surprising. Ronald Reagan grew up in Dixon, Illinois, and Abraham Lincoln in New Salem, Illinois (and Kentucky). However, several authors who wrote famously about this small, Midwestern town grew up in the town and moved away after graduation, only to write about their towns later in life. 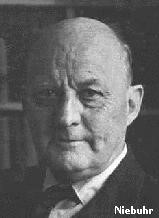 Doing a bit of research behind the author of the famous poem, “The Serenity Prayer,” I discovered that Dr. Reinhold Niebuhr grew up in Lincoln, Illinois. His father was the administrator of the state-of-the-art Deaconess Hospital in Lincoln. One of his brothers, Walter, was managing editor of the Lincoln Daily News–Herald newspaper, until he passed away in 1946.
A theologian, Reinhold was Dean and Professor of Applied Christianity at the Union Theological Seminary in New York City. His photo was featured on the cover of Time magazine in 1948. He received the Presidential Medal of Freedom in 1964, and was in the top 100 most influential people in the twentieth century (Life magazine, 1990).
While he did not write much about his hometown as other authors who grew up there did, Niebuhr wrote about thought-provoking and often controversial subjects. He wrote about the spirituality of man and direction of its society shortly after WWII. Several of his titles are Moral Man and Immoral Society, The Nature and Destiny of Man, The Irony of American History, Leaves from the Notebook of a Tamed Cynic, among other titles that explored society, the human soul, and politics.
Incidentally, in my first (unpublished) novel set during WWII, my main character mentions “The Serenity Prayer,” even though the poem wasn’t published until the early 1950s.
William Maxwell 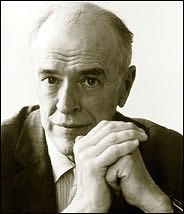 William Maxwell was one of two locals who wrote extensively about their hometown. His stories and novels are often deep, exploring the social and psychological aspects of people living in a small town. According to online research, Maxwell was born in Lincoln, Illinois on August 16, 1908. His parents were William Keepers Maxwell and Eva Blossom (née Blinn) Maxwell. He attended Senn High School. He received his bachelor’s degree from the University of Illinois in 1930 where he was class salutatorian, poetry editor of The Daily Illini, and a member of Sigma Pi fraternity. Maxwell earned a master’s degree at Harvard University. Maxwell taught English briefly at the University of Illinois before moving to New York. (Wikipedia.)
Maxwell wrote of tough but necessary topics, such as social and psychological strains of the small town and how various events affected him. Only three of his short stories held happier moments and included people from his childhood. For example Miss Vera Brown  was a popular fifth-grade teacher, whose death devastates her male students (“Love” in All the Days and Nights 245-248). Another example is Mr. Danforth, the venerable horse veterinarian whose advice is quietly sought by many townspeople (Time Will Darken It). A third example is Lincoln College biology Professor Chris Oglevee, who ably mentors the Cub Scout troop of the First Presbyterian Church (“With Reference to an Incident at a Bridge” [For Eudora Welty] in All the Days and Nights 265-269). (D. L. Henson, Finding Lincoln Illinois.)
But one incident happened in his life that he wrote searchingly but fondly of. During the Spanish Flu of 1918, young Maxwell and his mother became ill. Maxwell recovered but his mother did not. Her death devastated the family, and his father sent the boy to live with relatives in Bloomington, a town nearly an hour away, which would have been quite a trip in 1918. He later rejoined his father in Chicago. Maxwell’s story They Came Like Swallows depicts this event so vividly and shows how such a wide-spread epidemic (that spread all the way to Philadelphia) affected an eight-year-old boy from a small Midwestern town.
In my current WIP, I dive a bit into the social history of the townspeople that my journalist is writing about. The more juice she uncovers about one of the oldest buildings in town, the more prominent folks will stop at nothing to silence her.
Photos: Courtesy of D. L. Henson and Wikipedia
So, the next time you’re writing historical fiction or reading historical fiction, appreciate the amount of research the author took to create even a small scene to “get the facts just right.” It really adds meaning to the depth of the novel.
What interesting town research have you read about or uncovered?